This isn’t exactly Breaking News but I am sure by now you have heard that Gilbert Gottfried was fired as the Aflac SpokesDuck (or rather the voice of the Aflac Duck) for a series of tweets he made about the recent Tsunami in Japan. 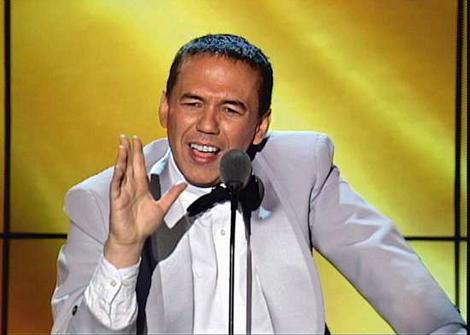 A lot has been written about this and I think I have a new angle so please bear with me here.

1- I should state that I am a huge Gilbert fan. His appearances on Howard Stern to me are appointment radio and I think he is truly one of the original voices in Comedy today.

B- Shame on Aflec for reacting the way they did and for the firing.

The reason Aflec is wrong here is to be upset about Gilbert’s Japan Comments “Japan is really advanced. People don’t go to the Beach. The beach comes to them” would not come in on a lost of top 100 shocking things Gilbert has said in his tenure as the Duck. Gilbert (and yes I am using his first name like we are friends) is a regular fixture on the Comedy Central Celebrity Roasts, has a concert cd called Dirty Jokes, released a book called Rubber Balls and Liquor and is arguably most famous for being the current king of the Aristocrats Joke which includes such subject matter of incest, fecal matter and how hard it is to impress a talent scout. You can’t pick and choose what you are offended by in these situations because you will alienate more people by saying 9-11 Jokes are ok but [blank] isnt.

Part of the Gilbert Gottfried charm is that he is unapologetic about his personal brand as well as his brand of humor. He has never back-pedalled from his “act/persona” therefore non of this should be a surprise to Aflec and like the way Groupon distanced itself from its Super Bowl ads, they should not have the right for fake outrage.

…and to add a little weirdness to the story…

In wake of the firing Aflec and Monster.com teamed up to launch a contest to find the new voice of Aflec.  Why is it that so few people are pointing out the fact that turning the attention they received from their over-reaction and making it a hiring contest is still capitalizing on a tragedy and doing the same thing that Gilbert was doing with his tweets.

I’ve always admired Aflec for their decade long choice of using Gilbert in their commercials…and for no other reason that it was (to me at least) a quiet acknowledgement that they had a sense of humor and didn’t care what others thought. That was my perception of their brand and in every way possible, perception is reality. That is until reality is reality.

[please note: I recognize that this post is a little scattered in focus but I really was just looking for a good reason to post the Aristocrats Joke. It is salty and may offend folks so please watch at your own risk]