I don’t think this blog post breaks my one rule of never saying bad things about a brand. 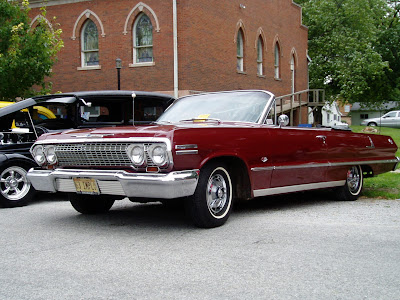 I have mentioned this before but my only real rule here is the not use my blog to slag other brands etc. I don’t think I am breaking this rule but I was moved to offer a bit of critism towards Chevy and their SXSW campaign of giving cars to social media kool kids so they could drive to Austin and promote the brand and the cars while there and all along the way.

If you read Caroline McCarthy’s piece about it on Cnet you would say to yourself “Self, this is a clever idea!” and it is. Not exactly original but it is clever…only thing is that while clever it is majority flawed…and here is why.
If I was doing this promotion I would have done the exact same thing except instead of sending a bunch of social media kids I would have gotten actual Chevy drivers to make the trip and as a reward I would have treated them to the SXSW experience all on the dime of Chevy (or GM…whoever) and if you wanted to keep the whole SM thing going you could add one Kool Kid to the car and fill the other seats with actual Chevy Owners because by using actual Chevy Owners they are 1-being rewarded for choosing Chevy and 2-will act as a trusted spokesperson while having a good time at SXSW.
Who better to speak about the fun and excitement of driving a Chevy then the folks who drive one everyday and not people who received one for a week as part of a paid promotion.
When companies sit around planning these “influencer” strategies they have to remember that the people who actually use their products and are passionate about the product in question are equally as influential as people with cache.
Response