If Charlie Sheen told you to jump out a window: A lesson in Influence.

In case you missed it, Charlie Sheen joined twitter recently and in 24 hours he had amassed over a million followers. This is an impressive stat that has been mentioned many times. One stat that hasn’t gotten mentioned to death is that before Charlie sent a single tweet he had a Klout score of 57. 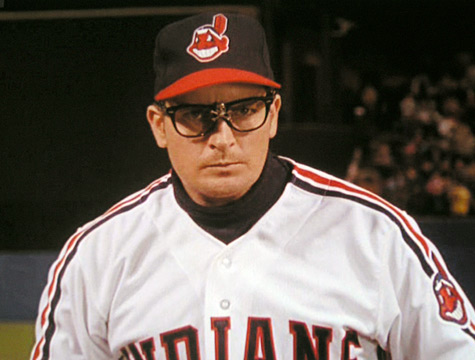 For those who aren’t in the know, Klout measures online influence and bills itself as “The Standard in Online Influence Measurement”and his score of 57 caught my eye because it is one point lower then mine and I have have been on Twitter for 4 years and have contributed over 16,000 incredibly insightful tweets to the world.

Now if this was an episode of Law and Order and I thought the Jury got the point I would probably say “no further questions Your Honor” but since this isn’t TV I will explain why this is a big deal….you see, Influence is not popularity.

The fact that Charlie Sheen had such a high “ranking” based on the fact of a high follower count discounts the validity of influence measurement the way it stands now because a large number of followers is not a metric of influence.

Because in the case of Charlie Sheen, most people are following him to see if he pees his pants or puts a gun to his head and pulls the trigger on u-stream. This may seem harsh but in reality, if Charlie Sheen (in his current state) told you to jump out the window or buy a product…would you?

Influence is about changing peoples mind or perception on something. At best Charlie Sheen is a guilty pleasure but voyeurism doesn’t equal influence and until an algorithm (or people) can figure out the difference we should not be claiming that Influence can be truly measured at all. 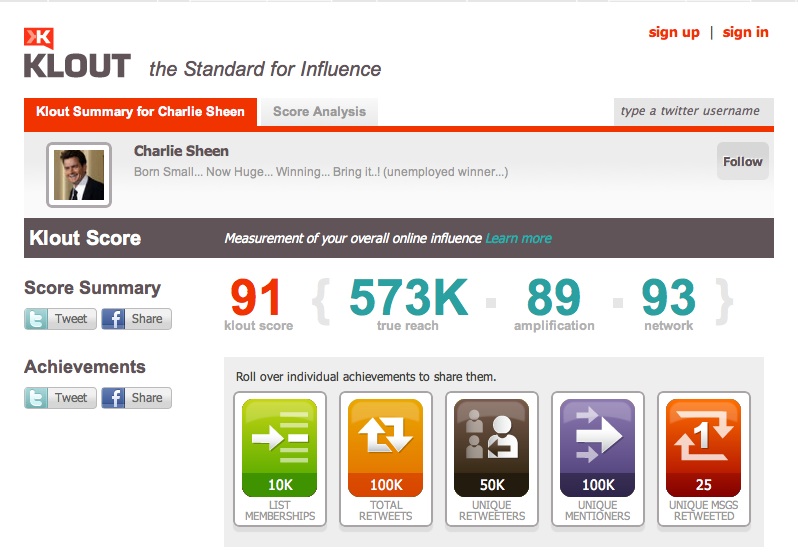 Currently Charlie Sheen has a Klout ranking of 91 declaring him HUGELY influential but in reality what he has is a voice (a term and concept coined by my beautiful and smart very good friend Krista Neher) and an amplified one at that…but not much more.