I’m Working on a TV show and here is a look at my on screen charisma.

If there is one recurring theme in my life it would be that I am busy, and sometimes it is with actual cool stuff. When that is the case my ego reminds me that I should share with you all. So to satisfy my ego and to allow it to rest for a little bit here are a few cool things I am up to. 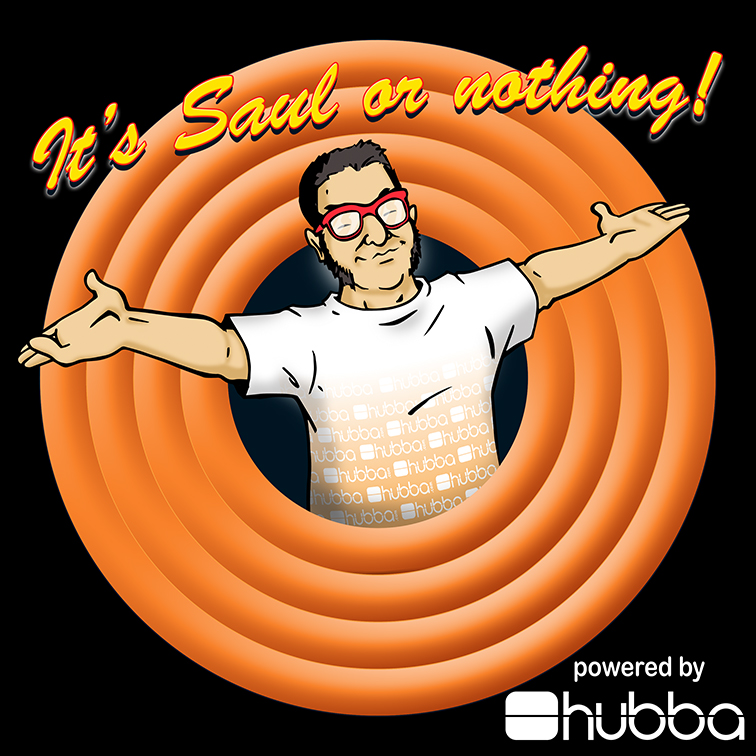 You may have saw in my social shares (because I haven’t stopped talking about it) but I signed a Television Development Deal. The show we are working on bringing to life is called “It’s Saul or Nothing” and the premise is that each episode I will do an original marketing stunt with a Hubba customer. The show will walk you through the creative process to execution and the part I am most excited about it that I have whatever the opposite of a no-nudity clause so there may be 3D elements in a few episodes.

We are still in the planning stage but excited to be involved with this and can’t wait to share this with you. We will be shooting a test episode soon with JonWye.com and I know it will shock a few folks what we have planned.

A few weeks ago we I was in LA to do a little TV work as well as launch #NewHubba. As part of the launch we hosted an event and did some press around the launch. As part of our media tour Ben Zifkin and I got a chance to sit in on the C-Spot Run Show with Wendi Cooper. I liked this opportunity for a few reason, it was far more casual than a lot of the media we did but more interesting than that was that it was a long form interview. Wendi gave Ben and I over an hour to tell the story of Hubba. Other topics discussed were bathroom habits and the importance of aligning your colon when evacuating so this is definitely worth a listen. Most of the other media appearances were under 4 minutes each so to have time to really go deep in a discussion is always preferable. If you have never heard Wendi’s show you should give it a listen.

This trip to LA launched one of the craziest weeks I have had in a long time. After reading this you will ask yourself why I didn’t lead with this but figured I should go in chronological order.

Being in LA and shooting some stuff for the show was fun but that isn’t the only stuff we shot. I get distracted easy so I purposely keep a few things going on at the same time, and this trip was no different. Since we had a film crew already filming me and knowing full well that the world needs a little more than just me I turned the cameras around and made some videos of my own.

From LA I got in a car and drove 5000 miles to NYC in a ridiculously short amount of time. During that drive we stopped in 9 cities and met with over 50 Hubba customers. Just saying hi would have been enough but I took the opportunity to film some cool things with them, the Hubba brands that I admire and give them the celebrity treatment. The tour was called Hubba Across America and I documented a lot of the trip on Instagram with the Hashtag #hubbaAA.

Currently we are knee deep in editing all the footage we shot but here is a little tease of the type of stuff you will see coming from me starting in the next little while and hopefully for a long time going forward.

Please let me know if you dig the videos and I will share more as I have them.