I’ve Got a New Job

I see no need to bury the lead with this post; after all I have been dropping mysterious hints on social media for the last couple weeks. That being said, I’m posting from my phone while in Australia and it’s likely costing me a fortune (totally worth it), so I’ll keep my exciting news short:

I am more than jazzed to announce that I’ve joined Xero as their first Chief Evangelist. 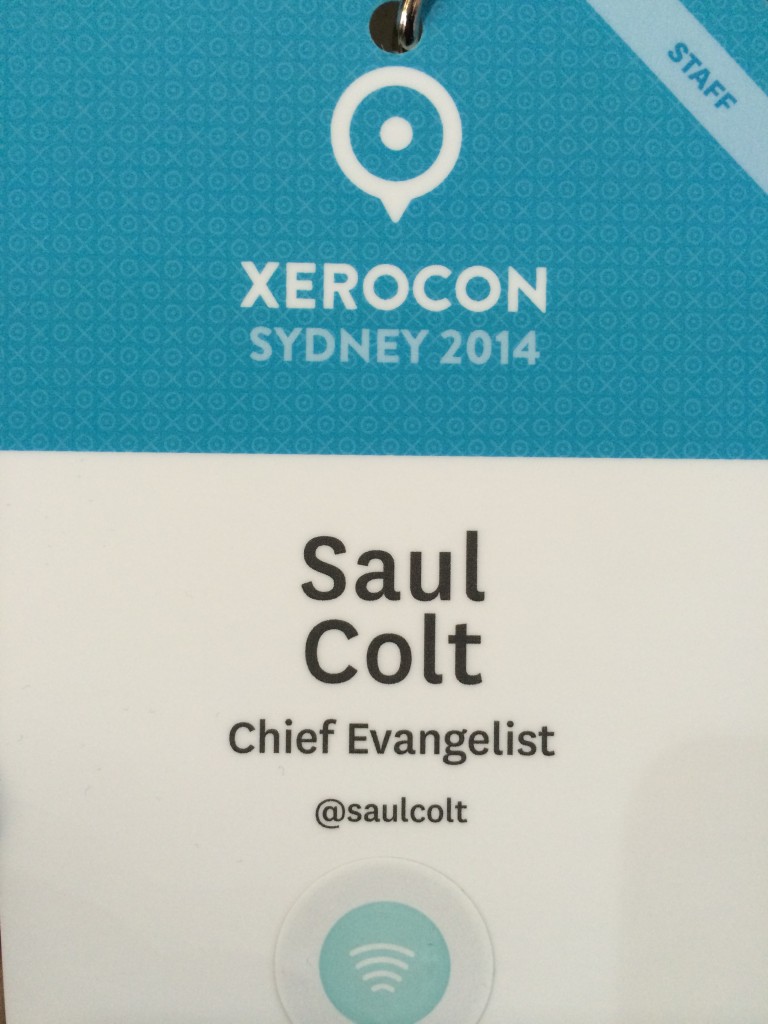 With offices in New Zealand, Australia, United Kingdom and UnitedStates, Xero is a global leader in SAAS based accounting and other small business tools.

My decision to join Xero was spurred by the obviously amazing opportunity to work with some incredible people solving problems I care a great deal about. It also helps that Xero has maybe the best product offering in the space with so many new things coming soon that I won’t be saying “maybe” much longer. The main reason, however, that this decision was easy to make is that somehow over the last six months it occurred to me that I’d reached the point in my career where I was doing more talking than doing. And for someone like me that’s just unacceptable.

For the last two years, as Principal at Kinetic Café, I’ve had the pleasure to work with and mentor several great young companies. I take great pride in my work there but the fact remains that as an advisor and mentor I would tell others how to solve their problems but almost never got to be a part of the execution of my idea. Some people would think of that as confirmation that “you’ve made it” but for me most of the fun is in the execution and I always felt like something was missing. As Chief Evangelist at Xero I’ll get to execute on my ideas and create all new experiences for me and others to talk about.

If you are still reading this you’ve likely noticed the elephant in the room and that the elephant is wearing a FreshBooks T-Shirt. It’s true that Xero and FreshBooks are similar in their goals and, naturally, I gave this a lot of thought before making my decision too. I owe a great deal to my time at FreshBooks and have a world of respect for them and if I do my job well (and I will cause I’m pretty much the best there is) FreshBook will directly benefit because for a while I will have the “Formerly of FreshBooks” tag attached to any media I earn and people will probably check out both products and make a decision based on their needs. But bigger than that, my overall goals for the next few years is to build Xero in the United States AND at the same time to build the category of Cloud Accounting. A strong category helps all who fall under that banner, including FreshBooks.

Now that I think about it I may even get flowers from them.

So now that you know whats up, all I ask is that you give me a little time to make some plans–and prepare to be be wowed because I plan on adding both sizzle and substance to an already amazing company.

I appreciate all who have read this. Your support is something I don’t take for granted. I’ll have much more to say about all of this over the next few days but if you have any questions drop me a line at Saul.Colt[at]Xero[dot]com or say Hi on Twitter @saulcolt or Facebook.