Six Random Things About Me…I am not sure there are six left! 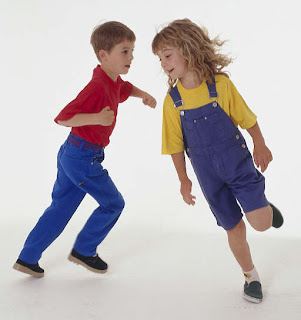 I’ve been tagged by Mark Blevis to share six random things about me with the world. I considered ignoring the tag since I am trying to make this a more focused blog but someone told me that if you don’t act on these meme things, bad things happen to your friends and family and I don’t want that….also I have shared so much in the past 398 posts that coming up with six new things was harder then I thought it would be….but here goes:

1- I really don’t like clothes and would prefer to be naked or partially naked all the time. Clothes never seem to look good on me and I am so proud of my chest, legs and man parts I just want to show everyone…in fact I rarely wear a shirt on summer weekends (when I am home) and would wear less but I have to respect the people who live beside me. This may sound silly but I think seeing people partially clothed lets you see more of who the person is..in my case you would see scars from past surgeries and some from solving crime (I am Batman) and this is the stuff that really tells a story of who a person is…and since I spend so much time in the sun I am all golden brown.

2- I recently started meditating. I have been curious about meditation for a long time and like the idea of a clear mind since I am hoping it will allow me to be more like a Zebra and open myself up for more inspiration and creativity. So far I am enjoying the process but (and this is true) every time I really go deep inside myself I end up seeing a friend of mine dressed as Wonder Woman and I am beginning to think this friend may be the messiah!

3-I have never fantasized about making “whoopie” with more than one woman at a time but have had vivid dreams about Lynda Carter dressed as Wonder Woman teaching me spanish…Hola!

4- I am not much of a cook but I do make excellent Macaroni and Cheese. The secret is use as little milk as possible so the cheese really sticks to the macaroni and it isn’t runny (yuk!)

6- Instead of putting a lot of different music on my iPod I usually pick two-four bands at a time and load up their entire catalog. Right now I have the entire works of N*E*R*D*, Pixies/Frank Black, Elvis Costello and Handsome Boy Modeling School.

OK….I think that very well be the last six things I have never talked about on this here blog…and since this post is not the sort of thing I have been writing about lately I will be back with one more “off focus” post on Monday before I get back to being all smart and serious and stuff

Oh ya…and I tag David Kruger, John Wurkemer, Eden Spodek, and I cant think of anyone else I guess I will just add them later.